Curling up with a new game that you’re really excited about and spending hours immersing yourself in is one of the best feelings in the world. Unfortunately, pesky things like “school” and “work” can make those days few and far between.

Fortunately, there are dozens of games that let you fight enemies and solve puzzles in just a few minutes, and while some of the games in our “Five Minute” tag take closer to ten or fifteen minutes, some of them actually only take five. Here are five games for those days when you have five minutes to spare–but be warned, while you may be able to reach an ending for each of these games in around five minutes, you may also find yourself playing them over and over again to discover new endings or improve your high score. Our first five-minute game, 8 bit Llama’s Rooky Moves, is a puzzle game played in perpendicular lines. In this game, you are a Rook fresh out of the academy, seeking to impress to the other chess pieces, especially the King. The gameplay is very intuitive, and the addition of a new mechanic every few levels keeps things fresh without letting them become overcomplicated. If you’re looking to slide and solve your way through a chessboard world, you can play Rooky Moves here.

2. The Majesty of Colors Our second game is Gregory Weir’s The Majesty of Colors, a narrative game where you play as an eldritch sea creature encountering the surface world for the first time. You must use your long tentacle to interact with the objects near you and determine how the world of humans will come to perceive you. Will you be their friend, or will you be the monster that they expect you to be?

The Majesty of Colors has five endings to discover, and while it won’t take very long to play, you should plan on at least a few moments after you finish to stare into space and contemplate the nature of existence. Play The Majesty of Colors here. (Or pick up the remastered version here on Steam!) Good Impression by ThisisEllian takes every young adult’s nightmare and makes it into a frantic but oh-so-satisfying game. In this combination of strategy and time-management, you have exactly three minutes to pick up every t-shirt, piece of pizza, and bit of trash before your mom comes to see your new apartment. You must make sure everything’s put away in the right place and that all the stains and dishes are clean, and you must do it in the most efficient way possible so you don’t run out of time before you’re finished. If you’d like to use five minutes to pick up a pixelated virtual room rather than your real one, you can play Good Impression here. Get Home by jorgnsn is a quick platformer where you walk and leap your way through a cityscape, collecting mysterious power-ups that make you faster and lighter in an attempt to reach home before the three and a half minute song ends. It’s rightfully described as a “music video game” as the game and song combine to form a peaceful and thoughtful experience with a surprisingly deep ending. Experience it for yourself here! bridgs’s Just One Boss is a fast-paced pixel game where you dodge the attacks of an enemy who is surprisingly charismatic considering that they’re just a hat, two gloves, and a mirror. The music is catchy, the visuals are engaging, and just when you think you’ve mastered the gameplay, your reflective opponent has a new trick to throw at you and keep you guessing.

The only reason I didn’t include it in this list is that while I suspect the game can be finished in less than five minutes, even after dozens of attempts I was unable to beat the game myself and verify. That “very hard” tag is well-deserved! If you want to see if you’re able to do what I could not, you can play it here.

So next time you want to blow off some steam but only have a few minutes to spare, check out one of these games! They’ll probably take you less time to play than it took you to read this article. Is there another short game you love that didn’t make it into this list? Tell us about it in the comments below! 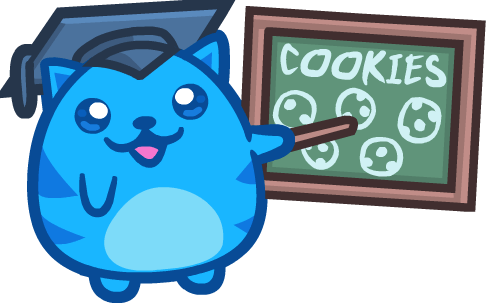 We may use cookies to help customize your experience, including performing analytics and serving ads.
Learn More